HARRISBURG – An ex-shift manager at Wal-Mart's Chamberburg store is suing the retail giant claiming she was terminated because of her disabilities.

Rebecca Wolfinger filed a lawsuit Dec. 22 against Wal-Mart Stores Inc. in the U.S. District Court for the Middle District of Pennsylvania, Harrisburg Court alleging a violation of the Civil Rights Act of 1964 and the Americans with Disabilities Act.

Wolfinger, who according to the lawsuit was required to work seven days a week at Wal-Mart's Chamberburg store, alleges she was told by the store's manager approximately two weeks prior to her termination to choose between her career and her children. She claims that male employees, who worked in similar positions, were not required to work many of the duties she did. The suit states she was terminated on Feb. 24, 2012, allegedly because of sales of Pampered Chef products and her refusal to participate in an investigation regarding it.

According to the lawsuit, Wolfinger suffers from depression, anxiety and panic attacks. During a meeting about Pampered Chef with her supervisors, the suit states, she experienced symptoms of a panic attack and took her prescribed medication.

Wolfinger seeks damages for front and back pay, reinstatement and attorney's fees and court costs. She is represented by attorney Gregory G. Paul of Morgan & Paul PLLC of Sewickley. 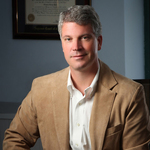 Thank you for contacting us. We will get back to you shortly.

Please complete all required fields below.

Please contact us for a free consultation with an Attorney. Most clients prefer to have a contingency fee agreement, which means attorney fees are are payable if we are successful.